As novelist and historian Wallace Stegner once said : “Talent can’t be taught, but it can be awakened”.

Youssef Youssef Makki, best known as Joe Youssef among his friends at Universit Antonine, put his talent to task in the premises of his faculty, by entertaining those around him while developing his acts, slowly but surely.

The brilliant HR student who has just graduated, used to multitask between his beatboxing talent, his marketing skills and career development. For two years in a row, he had a beatboxing segment during the ceremony of UA founder’s day: “ During our hiking trips with the UA hiking club, I would do small beatbox gatherings just to have fun. And since then, I get called to perform in the UA ceremonies”. His turn on stage is one of the most awaited by the students, mainly due to his brilliant performances but also, because his appearances of an excelling student keep colleagues, instructors and staff intrigued by this other and wilder side of him.

His musical talent showed up early during childhood: ‘’I really liked drums when I was kid, but I couldn’t afford one, so I started practicing its sound with my voice”. That’s how Youssef conducted his musical skill into a talent which he intends to practice professionally now. Coming from a marketing and HR background, the young man with the dimply smile invested his knowledge into his beatbox performances: “I try to position myself into the world of beatboxing. I use specific visuals on the stage screen me during my segment consisting of planets, stars and galaxies, all that to say that my music takes you to another world”. He clearly studies every detail of his shows.

Beside the entertainment Youssef has added to UA, his academic and educational pursuits remain a priority. With a doctorate degree on his mind, he plans to internationalize his talent, especially with the help of social media, where he noticed the wide spread of his beatboxing videos on the web.

Youssef combines talent, wittiness and dedication so behold to hear this young man's name soon. And as it’s often heard at UA: "from UA to the world!" 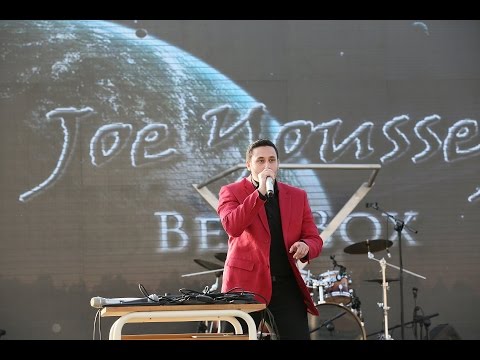