A Quite Musical Path

with Jean Paul Jalwan, Instructor at the Department of Audiovisual studies - 2016-10-14
Tweet

From the moment you sit down with Jean Paul Jalwan, Instructor at the department of Audiovisual studies at Université Antonine, you feel totally emerged by the music, even though it’s not playing.  Music producer and composer, singer, performer, sound engineer, instructor of music history and what more...Jean Paul simply breathes music!

He loves sharing his passion and dedication for music with his students, while he teaches them about music history. He explains how compositions ought to be put in context in order to be properly felt and understood: the time, place and cause of creation, the musician’s personality and background, etc. This understanding of music helps students connect better with the melodies therefore, pick what sounds best for their projects. His "Initiation a la musique" course mainly tackles foreign musicians because of the existing footage and manuscripts throughout music history, unlike Arab composers would often improvise their pieces.

Although Jean Paul’s academic path first led him to computer engineering, the 10 year old boy in him kept tickling his conscience until he took a turn. He still remembers clearly how he would write and compose music at such a young age. And then a little later he was already coming up with a rock band and later on, with his solo album under the name of Danveri.  Why this name? Because it was unique and it referred to who he was while on stage only.Through this edgy green haired character, Jean Paul sang about controversial issues such as interpersonal manipulation, power abuse, corruption and self image distortion in the media. But in spite of all this seriousness, he truly insists on fun and simplicity when making music; his perspective,which used to be based on spontaneity and youth vibes is now based on knowledge and experience.

Today, Jean Paul writes and composes in the comfort of his studio called WaveRoot, which he set up 5 years ago and where he discovered his true music taste and capabilities. Through the many projects he has handled, whether music for movies, documentaries and commercials or music albums, his taste manifested itself as being versatile. From Jazz to oriental, from pop to rock, you name it. This polyvalency is without a doubt a big bonus in his career, as it allows him to diversify his portfolio and widen his achievements. For the Cabriolet Film Festival for example, he had to create a Big Band kind of sound which was a first for him, with the use of digital sound but without a modern trace. The challenge was huge but the result was flawless!

It's a pretty appealing situation, to be surrounded with music from the moment you leave your bed to the moment you go back to it, all while making a living out of it. Sounds easy isn't it? It certainly isn't, but it's surely enviable and admirable.

We wish Jean Paul the best of luck in his future projects aka challenges and we will be keeping a close eye and ear! 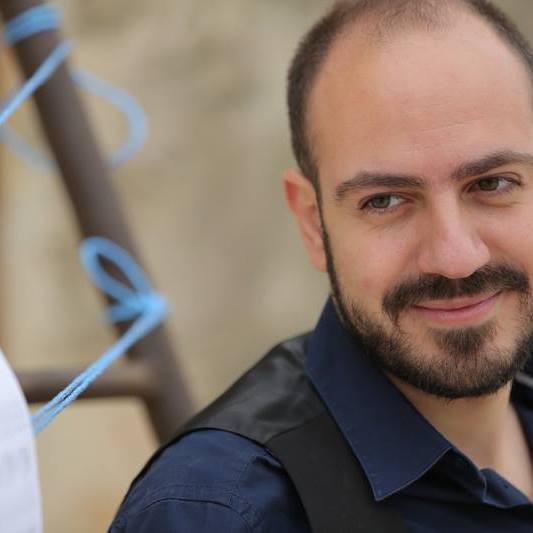