Cabriolet Film Festival comes back as intriguing as can be in its 8th edition under the theme of conflict.

Whether illustrating inner, personal, social, political or cultural conflicts, more than 500 movie makers have sent their vision of this year’s theme in a short movie not exceeding 20 minutes. Applicants come from Lebanon and the rest of the world. Amateurs, students or professionals, they all share the same passion for cinema.

The event would not be complete without the valuable contribution of the Université Antonine which has become the academic partner of the Cabriolet Film Festival for the past three years. Mrs. Mirna Fleifel, head of the audiovisual department in Baabda Campus, worked closely with Mr. Brahim Samaha, Cabriolet creator, along with seven of her students, to develop the festival’s TV commercial concept.  The commercial was then filmed and edited on the university premises by the students, who expressed their happiness to have taken part in this project, and pride of the outcome. 2016 Cabriolet TV commercial had a very special guest as main actress: Ms. Rita Hayek.

In addition to the TV commercial, Université Antonine is always supporting the festival through the presence of a number of students working in coordination with the organizers.

Cabriolet creators aim to support the short movie industry, promote public spaces and emphasize their social value; they hope to move the film festival to the streets and wider spaces, allowing an even bigger crowd to enjoy this one of a kind event, the only outdoor and free of charge movie festival in the country. The people behind the Cabriolet concept are working to plant a seed in cities all over the world; for the moment, fans of the festival can pin Beirut, Byblos and Vancouver on their maps.

Gemmayzeh stairs in Beirut are once again waiting for the Cabriolet public to take a look at the world through the eyes of 35 selected filmmakers, this coming Friday, Saturday and Sunday June 3rd till the 5th. 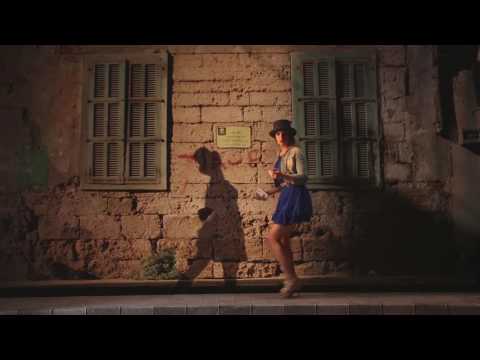