“If a country is to be corruption free and become a nation of beautiful minds, I strongly feel there are three key societal members who can make a difference. They are the father, the mother and the teacher.”

Sakker el Dekkene, the hardworking NGO whose aim is to curb corruption in Lebanon came back on the 7th of March after a first conference in February. The subject for March was about Citizenship and Engagement. It also was an opportunity to gather like-minded individuals at Antonine University campus in Baabda.

This time, a more in-depth talk about corruption gave insight on the forms of corruption and their negative impact across economic, social and political sectors. A debate followed whereby students discussed the importance of fighting the scourge and the means to do so, through our various projects. Some are short to mid-term and their purpose is to instigate change through very specific, quick and impactful reforms. Some are mid to long-term and they invest in change-makers, starting with the youth.

As the students felt the need for more engagement, Sakker el Dekkene facilitators stressed on the crucial presence of youth in civil society, as partners and leaders, not as mere recipients. Fighting corruption is one way of engaging in the life of the community where the need is strong and the opportunities are numerous for creative minds and innovative initiatives.

The strong interaction translated into an even stronger motivation to start locally, on campus, through an anti-corruption club. Later meetings where scheduled to draw the framework of the club and set the cornerstones of an engaging anti-corruption experience. 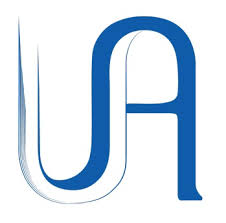