The problem of Elderly Falls

"The true happiness of a man is having clear conscience and being useful for humanity."

Aging is a heterogeneous natural process that can affect all kind of living species particularly humans. This process is characterized by a decrease in functional abilities of the person. One of the major consequences of aging in humans is fragility. As a result, the aging person is subject to many incidents particularly falls. They are very critical if they happen and in some cases they are fatal. Statistics show that 1 out of 3 persons over the age of 65 fall each year. The causes of falls are multi-factorial. They are the result of interactions between factors related to the person and factors related to the environment. According to a recent investigation carried in the United States, 60% of falls happen at home, 30% while walking in the street and the remaining 10% happen in hospitals or in elderly homes or long stay centers. These events have many impacts on different levels. As a matter of fact, falls do not only affect the person himself by increasing his dependencies, but also impacts his environment where the cost of hospitalization and elderly care management become more significant.

The problem of elderly falls does not only concern the medical community but it also involves science and technology. In fact, many researchers have tackled this problem according to two areas of research. Fall detection was primarily their focus. The objective is to reduce the response time and alleviate the impact when a fall occurs. In this area, many devices and systems were developed and experimented.  These devices use different sensor technologies. These are divided in two categories: wearable sensors systems and non-wearable sensor systems. The formers commonly use inertial sensors such as accelerometers, gyroscopes and Inertial Measurement Units (IMU) while the latter exploit environmental sensors such as pressure, motion, vibration, acoustic, and infrared sensors, etc. There are also other environmental sensors that use vision techniques through camera or radar deployment. The choice of a fall detection system depends on its capability of detecting fall events with minimum false positives during activities of daily living (ADL). Other criterion such as the portability and intrusiveness play also a role. Some devices require training and they are complex to wear. Moreover, privacy issues arise when vision techniques with cameras are deployed.

The area of fall detection has been very well exploited by scientists and researchers. But, what if falls can be detected just before they even happen? The idea is to detect balance or gait disorders in order to alert the patient of a potential fall. Thus, the same data acquired in fall detection systems are processed differently in fall prevention systems. Efforts in this area drive researchers to analyze gait and balance parameters in order to predict the risk of falling and alert the patient. This work is currently done in clinical settings. Taking fall prevention to home is still a research challenge due to the complexity and the variability of the parameters involved. Available solutions encompass wearable sensors due to their adherence with the gait and balance parameters. Environmental sensors that predict elderly falls are also being developed.

Last but not least, societies are measured by how much they take care of their elders. I believe consolidated effort between medical professionals and scientific research will always lead research in the right path. 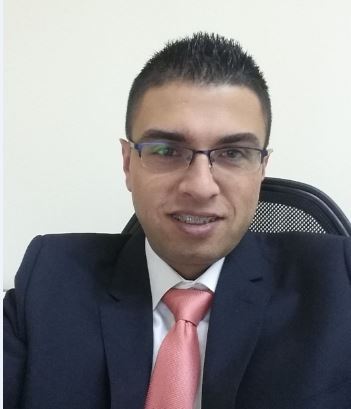